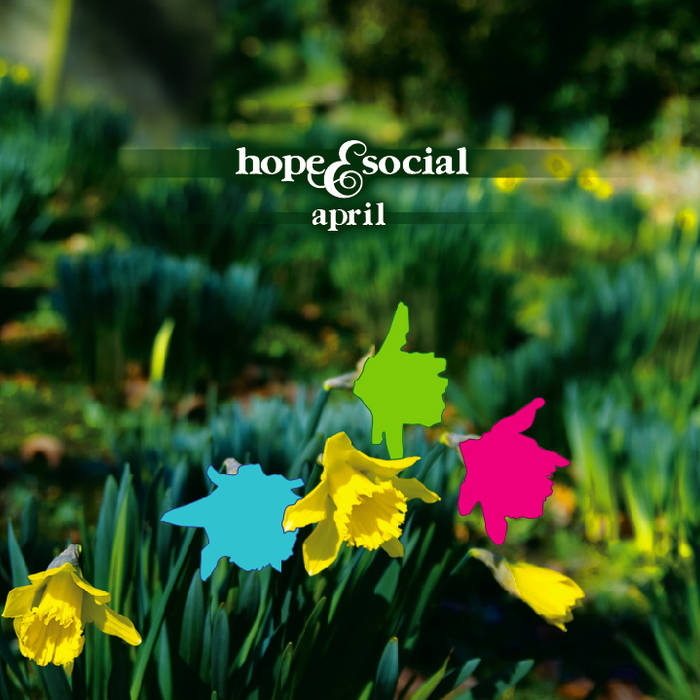 This is a song with a long history and it comes from a demo I (Si here!) did back at the start of 2008. I had a period of about a year where I did a load of recording just using GarageBand and the inbuilt mic on the MacBook – I’ve got about 10 songs or so from then which I always intended to do more with, maybe even release as a little EP or something, but never got round to. One of them was this – which we started playing as a band in the original writing sessions in June last year. I’ve put the demo up for a listen on Soundcloud:


I think, as is occasionally the case, we had different views on how this should sound. I always had this version in my head but the band had added a sort of melancholic country vibe to it which didn’t seem to suit. The idea of the lyric was that the “I still believe” should be a mixture of the profound and throw-away…”I still believe in the appeal on TV”…”I still believe in a magic trick” etc etc…but the weight of the fist recording we did (with an exquisite but dense Eno-esque soundscape from Ed and that end drum loop ALL the way through) seemed to give everything an earnestness which seemed out of place. So, having done one ‘proper’ version we just ripped it up and started again. And thank goodness we did – this final version outstrips the others by a mile. I love Gary’s little piano line and the (relatively) huge organ part half way through is one of the best moments on the album.

One thing we all agreed on was the end – the drum loop and the wedge-shaped build. Ed and Hux have to take the credit for all of that – a lot of studio tom foolery. Chaps anything to add on this for the tech minded out there?

Also should note a lovely day recording guitar and vocal with Ed – really natural – and with the words only half formed it felt really fresh. That’s the good stuff, right there.

I love this song… And I love how it feels really natural even though it is very much constructed. As Si said we practically fully recorded it all big with the drum loop all the way through and just LOTS of stuff and it just didn’t hang right… Me and Si came in one day when no-one else could make it and just started again. Recorded the whole ‘song’ part of the song with just acoustic and vocal and it was just lovely. Used one of my favourite mics, an EV 635A which I picked up an ebay for $25 for the acoustic and vocal and got my favourite sounds on the whole record. The EV635 is a really natural sounding mic,managed to place it really nicely and there’s almost no eq or reverb or compression on either the voice or acoustic. Just what came down the microphone…. Fair play to Si as well… the vocal is sung really really well. We did the loud distant chorus vocal the same day (same mic in the same place once we’d done guitar I don’t think we moved it, we just moved around it) and I think we did the harmonies and then started adding in bits of all the other stuff that we’d recorded already on the other version… The piano melody from Gary, bits of my eno stuff, a low celloe-esque keyboard part in the choruses, the crazy fairground organ stuff (which was Rich and Gary doing a hand each)… All that was all there in some from in the previous recording. There was a little bit of the piano recording where the piano mics picked up a load of the drum loop from the headphone spill and we stole a 2 bar section of that and that’s the little loopy thing that comes in and out on the left hand side. Si did some backing vocals, we did the tape stoppy thing on the organ (which took ages to make sound right) and that was kind of it. It pretty much all came together in a day…

A couple of days later me and Rich were in for a bit and he put his guitar on which was again was really unstructured… I only had him for a couple of hours and so basically we just ran it a few times… got him to play through the drum loop for most of them with no real plan and then I just built it all up from the best bits after he had to dive off and do day job kinda work… Once I’d done that the rough mix I did is pretty much how the song sounds except the end section which was just like an ongoing project between me and Rich. We’d take turns to arrange the madness so it made more sense and then add more madness and it just got wilder and wilder. Used some utterly crazy free plugins and loads of the wonderful DBglitch (on the organ in the middle and then ALL over the end section). It got to the point where there was so much going on and so much automation and crazy routing that the project just became really unstable. It’d take ages to load and crash for no reason and when you reloaded it would be ‘different’. It was like we were creating a monster! At the same time we were really keen that it wasn’t just noise, that it had melody and ‘sense’. I’m so glad we persevered though. I think it’s my favourite song on the album. It just melts my heart everytime… If you ever chance to listen to it really loud on some stunning speakers then go for it. First 30 seconds just sound like you’re there and you’re actually inside Si’s voice. I love the fact that all the recording was really easy and almost off the cuff,with nearly no thought about what it was all going to be and then we turned it into this wonderfully complex and beautiful thing. There were so many enjoyable bits to making this song. Love it love it.